After years of consideration, documentary filmmaker Susan Smiley decided she was finally ready to turn the camera on her own family because she felt she had an important story to tell. The result became Out of the Shadow, the story of her family’s secret struggle to deal with her mother’s schizophrenia within the confines of the public health system. The film went on to achieve great acclaim, and is now widely considered to be one of the most insightful and educational films ever made about schizophrenia. and the humanity behind this very confusing illness.

Out of the Shadow is a provocative and courageous film, offering unprecedented insight into the day to day frustrations of the schizophrenia, not only for the person who suffers from it, but also for family and caregivers. It also addresses overarching issues such as the public health system, the role of medications, ethical care of people who suffer from serious and debilitating mental illnesses and the potential for recovery.

Fifteen years after it’s release, the film continues to have a tremendous impact, providing much-needed insights to psychiatrists, case managers, social workers, educators, consumers and their families. Advocacy organizations such as NAMI (National Alliance on Mental Illness) and MHA (Mental Health America) have hailed the film as a critical tool for raising public awareness and sponsored hundreds of screenings nationwide. Screenings for policymakers have been held in Washington, DC, Sacramento, CA, Albany, NY, and Springfield, IL.

Out of the Shadow had it’s national premiere at SILVERDOCS: AFI/Discovery Channel Documentary Festival, and it’s international premiere at the Vancouver International Film Festival. It then toured countless festivals across the United States and worldwide. It’s broadcast premiere was in 2006 on public television stations nationwide. It was translated into nine languages and has aired in 12 countries. She also partnered with hundreds of NAMI and MHA affiliates for community screenings. 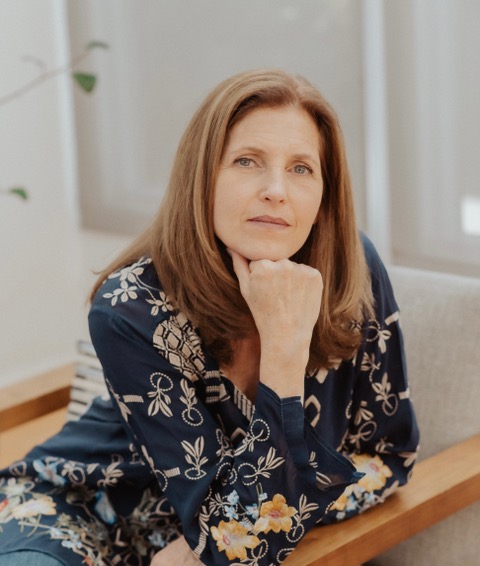 Making Out of the Shadow was a labor of love for Susan Smiley. It was born from a deep sense of the injustices her mother Millie experienced. Realizing her mother’s story was emblematic of those of millions of other people, she felt it would resonate. So she filmed Millie over the course of four years.

Susan makes presentations bridging the fields of mental health, neuroscience and human development. A Harvard-trained educator and a compelling storyteller, she is not only a public speaker, but an experienced workshop presenter and a neurofeedback specialist. Formerly, she was an award-winning documentarian with 15 years of non-fiction television and educational film credits. Susan has given presentations at corporations including behavioral healthcare and pharmaceutical companies, keynoted and presented at state and national conferences (NAMI, American Society of Bioethics and Humanities, Women’s Mental Health Symposium), and spoken at professional organizations (American Psychiatric Association, Biennial Winter Workshop on Schizophrenia Research in Davos), advocacy groups, universities (Boston University School of Public Health, UT Southwestern, Tulane), and government agencies (Departments of Health and Human Services and Center for Medicare & Medicaid Services). Susan is available for presentations along with screenings of the film. Discover more about her keynotes, workshops and talks.